I’m calling for the word ‘quality’ to be banned.  At least in marketing circles.

My reason?  It’s simple really – I’m more than a little fed up with brands telling me they offer a quality service or product.  Only this week, a consistently underperforming Marks & Spencer talked about refocusing on the ‘quality’ of their clothing.  What on earth does this mean to the average customer? Will it last longer? Will it be better styled? Will it make the wearer feel better?

The problem with ‘quality’ is that its meaning is so ill-defined it’s open to misinterpretation and disappointment.  What is ‘quality’ to me may well be ‘bog standard’ to the next man.  It’s relative and subjective.

In some circles ‘quality’ has an exclusive ring to it.  Fine, as long as you understand that ‘exclusive’ means some potential customers may feel ‘excluded’.

The problem with quality is that it’s in the eye of the beholder.  It’s an emotional reaction.  It’s open to personal interpretation and expectation.

And it’s seriously overused.
No comments:

Will the real #WorldCup sponsors please stand up?

It appears that 38% of consumers in the UK, US and Brazil are mistaken in thinking that Mastercard is a World Cup sponsor according to research from GlobalWebIndex.  The genuine sponsor, Visa, scored just a marginally higher recognition at 42%.

The confusion doesn't seem to be restricted to financial products.  Other brands such as Carlsberg, Nike and Pepsi also performed well, although not as highly as the genuine sponsors Budweiser, Adidas and Coca-Cola.

These findings raise some important issues for marketers engaged in sponsorship of major international events.

On one level the confusion is understandable.  Let's face it, we're used to seeing these brands regularly paraded as sponsors.  Equally, many will have launched advertising programmes designed to appeal to soccer fans. Let's call it the 'ripple effect' - we simply assume their involvement because we're accustomed to seeing it or we closely associate them with our enjoyment of the event.

But equally, is sponsorship such a blunt tool, demanding an activation budget as great as the cost of the sponsorship itself, that it's value is diminished?  The question for brands considering sponsorship in their marketing mix is whether their money might be better spent elsewhere.
No comments:

#WorldCup - where have the all B2B marketers gone?

Am I alone in thinking there’s been a muted response from marketers to the World Cup this time around? Even food retailers have managed to contain themselves to measured promotions of beer and snack foods in the run up to the tournament. And there’s been a small amount of advertising appealing to those who want to follow the action on big screen televisions or on the move.

But, where have all the B2B promotions gone? Where is the endless stream of emails attempting to make some connection, however tenuous, between a business product or service and the competition? Where are the online games?  Where are the mousemats, fixture charts and stress balls?

I can’t say I’m disappointed.  In fact I’m rather pleased that, at last, many B2B marketers have woken up to the fact that a major event like the World Cup doesn’t necessarily demand their attention if their product or service is completely unrelated to what the average customer will be focusing on during the tournament. And many will have realised that achieving standout in the fog of World Cup promotional activity is best left to those with relevant products and deep pockets. About time too.
No comments:

One of the keys to Google’s success appears to be its ‘share of life’ – its ability to connect with customers by having many stakes in their lives through a proliferation of products and services.

I’m sure the marketing teams at Google are delighted with the result.  Meanwhile, the rest of us are left pondering what on earth this means for our brands and marketing activity.

From my point of view, ‘share of life’ is just a new, catchy way of saying that to be truly valuable brands need to be relevant to their customers - both now and in the future.  Brands need to keep pace with changes in customer needs/wants and behaviours.  And they need to ensure that their messaging resonates with their target audiences.

It’s a case of ‘adapt or die’ as far as I’m concerned.  In fact history is littered with examples of brands that have failed to keep pace with change.  Perhaps the most notable casualty in recent years was Kodak. With its long history, Kodak was synonymous with photography in much the same way as Cadbury is with chocolate, Hoover with vacuuming and Google with web searching. With the advent of digital photography, I would be amazed if the senior team at Kodak didn’t debate what it would mean for their business.  The reality is they either chose not to act, or failed to act quickly enough. The brand’s demise should act as a wake up call to all brands.

Google has spent a lot of time, money and energy in recent years in building its portfolio of products and services.  I dare say there was a major commercial imperative here – to build a revenue stream and commercialise its free search offer.  In doing so, according to the research, Google has managed to touch the lives of many people in many different ways and thereby grow its ‘share of life’.

Growing a product portfolio is not an option that all brands have. So, let’s not get hung up on ‘share of life’. The key is remaining relevant your audience.  Something that marketers have known for some time.
No comments:

Big data? It's the little things that count

There's much talk about 'big data' with its potential to better understand customer behaviour and tailor service and offerings appropriately. Great idea, but I can't help thinking that organisations would do well to master the 'small data' they have at present.

I've been a member of a well-known airline's frequent flyer programme for many years. In theory, they know a great deal about me and continue to gather data based upon my travel patterns, locations and preferences. Yet it never ceases to amaze me how they continue to get it wrong:

It's often the small things that count in customer service. These small irritations are missed opportunities to impress.  It's a pity that with all the data this organisation has, it consistently fails to think things through effectively.
No comments:

In twelve months' time the UK goes to the polls in a general election. Over the next year we can expect to see a fair amount of posturing and positioning by political parties in an attempt to win votes. Party political broadcasts, advertising campaigns and PR stunts will be the order of  the day.

Politicians of all colours will go all out to persuade a cynical British public that they are fair and reasonable people who put the interests of the country and its constituent parts first.  We can expect to see a caring approach, an emphasis on family and the average worker and, inevitably, pronouncements on the importance of education and the health service.  It happens every time.

Unfortunately, for many voters these attempts to garner support wear thinly.  Why?  Because political parties consistently fail to recognise that they are to all intents and purposes brands.  And like all brands, if there is a failure to deliver against promises or those promises are so blatantly out of sync with the product or service, the consumer sees through them.

Successful brands understand that their reputations are made and sustained by a continued, consistent focus on a combination of three main elements: 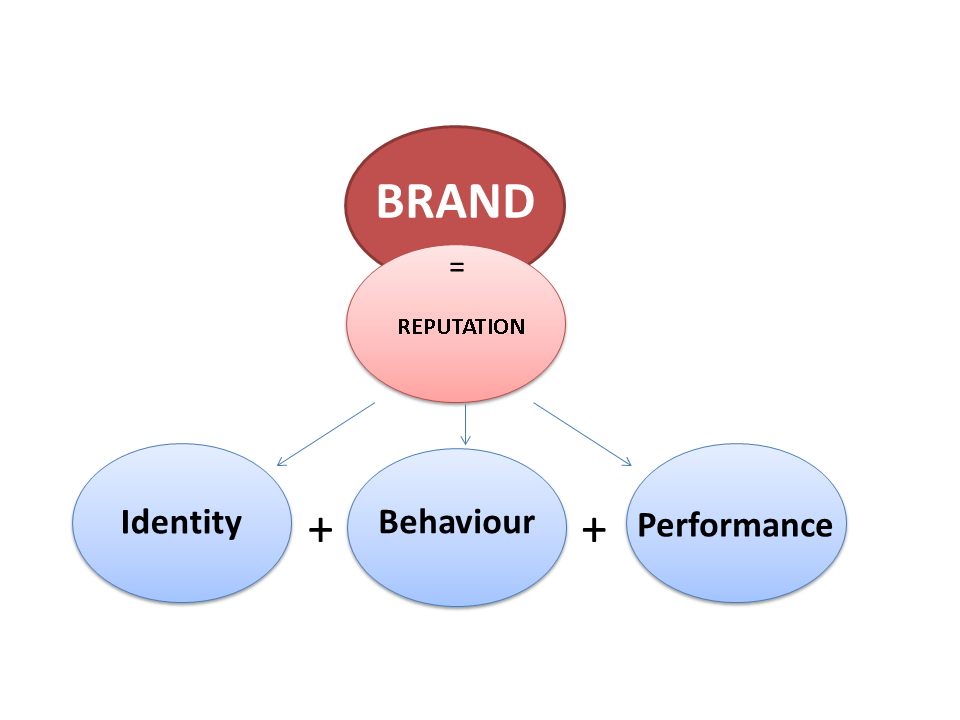 The key message for politicians has to be that no matter how hard you work at defining what you stand for, if you fail to then behave in an appropriate way or fail to deliver against your promises, your reputation will suffer. It's something that great brands have understood for some time.  Isn't it time political parties took note?

Beware: infographics are not the be-all and end-all of great communication

I’m a big fan of infographics: those nifty visual ways of presenting often complex information quickly and clearly. Done well they help make the patterns or trends in data highly visible. Perhaps the best, and most long-standing, being the London Tube map.

And if a cursory glance at Facebook or LinkedIn is anything to go by, the rest of the world is a fan as well.

Yet, I’m also worried by the proliferation of infographics, often to the exclusion of well-crafted copy.

I happen to be someone who responds well to visual interpretations. My thought process is often aided greatly by the use of mind mapping techniques – in fact my articles on this blog start with a mind map.  Yet I’m also painfully aware that there are many people for whom the visual representation of data, facts or information leaves them cold and unengaged.  For them, the written or spoken word carries much more weight.

There can be no substitute for a well-argued piece of prose or a clever strapline. Why? Well, the written or spoken word can often engender something that visual representation may not:  an emotional reaction in the reader. That’s why novels have survived the advent of the movies and television.  Why speech radio continues to attract a sizeable audience.

By all means use infographics to enhance or simplify your messaging.  But please don’t assume it is a full substitute for copy if you want to engage all audiences fully.
No comments:

Get more by email